7 Ways To Stay Safe While Running 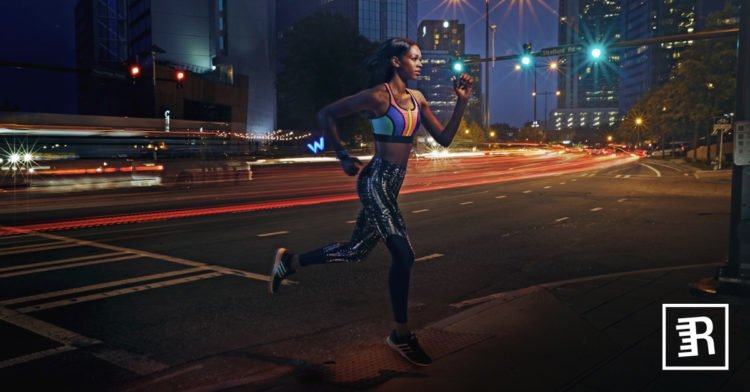 Safety is something that has been ingrained into awareness since we were young children and running is no exception for the need to be aware.

We have all heard the stories lately and unfortunately they are not the first, nor the last. People who are running and losing their lives is a tragic reality. For men and women alike, every individual has to be conscious of safety.

Avoid Being a Statistic

In a wave of tragedy, three women runners have lost their lives in unrelated cases, which has sparked an acute awareness for runner's across the world.

Alexandra “Ally” Brueger, 31, was shot four times in the back while out running in Michigan on July 30th. Brueger was a nurse by profession and pursuing her masters in creative writing. Karina Vetrano, 30, was raped and killed in New York City on August 2nd. Vetrano was an avid runner and a beloved daughter. Vanessa Marcotte's life was taken in Massachusetts on August 7th, only a few miles from her home. Marcotte worked for Google and had fought for her survival. The tragedy of death has brought about fear among women and men runners. Running alone is in question, now more than ever.

An estimated of 1.9 million women and 3.2 million men are physically assaulted annually in the United States. Staggering numbers that cause us to pause about the reality of our world, but many reading this are those who have suffered in being part of the statistics.

RAINN reports 1 out of 6 American women have fall victim to an attempt or committed rape. 54% are between the ages of 18 and 34. National Sexual Violence Resource Center reveals 91% of the victims of rape and sexual assault are female, and 9% are male. Violence against women and men are more likely to be an intimate partner than a complete stranger, but many go unreported.

The statistics seem high, yet, you are more likely to be in an auto related accident than you are to be assaulted while out running. Being physically attacked by a stranger while out on your daily routine is rare.

Ways To Stay Safe While Running

Many run as a stress relief, when you want to unplug and purely enjoy the moment of life. While out running, men and women should be aware for their safety. There are several methods to give yourself the space to be more aware when exercising.

Since the accessibility of headphones, there has been a 300% increase of pedestrian accidents. 70% of those accidents resulted in death. Running with headphones takes away situational awareness and it can be difficult to hear what is going on around you. It is an unfortunate reality that we need to consider running without music, but it can increase your awareness. It can even increase your chances for surviving an attack or being hit by a vehicle.

If running with music is what keeps you going, consider using headphones that do not fully plug your ear, and keep the volume low. Always be aware of what is going on around you and run with your ears open to potential problems.

For many runners you run at a moments notice, which means you do not always have time to pull a group together. Consider starting a small group chat with fellow runners and alert them as you are about to embark on a run. Explain in detail where you are going and when you expect to be back. Especially if you are running in a place that does not have service.

Situational awareness is always a fail safe, but there are precautions you can take to keep yourself protected. By letting someone know where you are, they know where to look for you if you do not return when you are supposed to. As you return from a run, let your group message know that you have returned safe and sound. You have protection by letting people know where you are, even if you just trip and fall during a run.

If you are able, run with a group. There is safety in numbers, as well as motivation incentive. Check out local running groups in your area to find people who run at a similar pace. Many local running stores have running groups already set up that you can join at your leisure. By running with people, it gives you more protection and a stronger sense of community.

Bright colors allow for other cars, pedestrians, and cyclists to see you better. If you often run at night, or on busy streets, bright colors can significantly decrease your chance of being hit by a vehicle or colliding with a cyclist. In 2014, 65,000 pedestrian injuries occurred. 4,884 of those people did not survive. Eliminate the possibility of being a contributing number by wearing brighter colors and avoiding dark clothing.

Most running gear these days comes in bright colors, and that includes bright shoes. With reflective clothing you will be able to run more confidently, but always be weary that drivers and cyclists may not be able to see you. If you do not own any bright clothing, consider getting a reflective running vest.

5. Keep a Phone With You

Keep a phone on you to be able to call in case of emergency or if you get lost. Phones can also help with navigation and keep you on track for your route. Consider using a pack, belt, or arm band to keep your phone near and easily accessible in case of danger. Always be alert and aware of your surroundings when using your phone for music or navigation.

One key in running safely is knowing your route. If you are traveling in new areas, be sure to ask about safe places to go for a run. You do not want to be in a local place that is known for having issues. Knowing your route also gives you the opportunity to let others know where you are going. That way if you do not return, people will know where to look for you. Apps like Glympse and RunSafe allow for family or friends to track where you are, and includes buttons to easily alert someone if you are in danger. The more people who are looking out for you, the safer you can be while out running.

Most runners are no stranger to harassment while running. A culture that seems to linger is the ease of people calling out to women runners. A simple whistle, honk, or sexual phrase is all too common. Running comes free, but sexism still comes at a price. Some articles are claiming the three women who died were due to what they were wearing or that they were alone, which is a complete outrage to communities and speaks to the culture of sexism.

It is not the fact of running alone, it is a matter of the need for a cultural change. The need for communities and individuals to stand against sexism that perpetuates harassment on emotional and physical levels. Men and women need to be aware and to help the culture change to create a safer world.

Use your intuition while running and listen to your gut. If you enter an area that makes you feel uneasy, immediately change your course to a place that feels more safe. Always be aware of what is going on around you and never second guess your intuition.

We Are A Community

We are a community of runners who need to look out for one another. In the wake of tragedy, we grieve with the families who lost precious women in their lives who were out there passionately running. Everywhere we go we need to be aware for one another to keep a safer world. Be safe while out there, as running should be a time to open your mind and change your world. We are all runners who want to keep doing what we love, so be sure to leave a note or message when you head out for a run. Let people know where you are and when you expect to return. It is an easy act of safety that does not alter your running routine, it simply keeps you more protected.

Next time out on a run, be more aware for yourself and others. Together, we can build a stronger and safer running community.