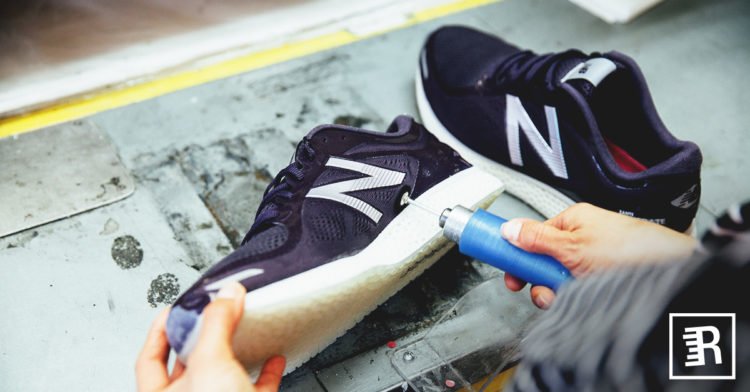 With the stealthy price tag of $400, are New Balance’s 3-D printed shoes worth their weight in gold?  Only 44 pairs of the Zante Generate were released early 2016 and so far no more have hit the market.

New Balance may have been inspired by Adidas’s 3D printed midsole otherwise known as Futurecraft but seem to have gone a step further. Unlike Adidas who created a printed midsole molding to the footprint of the runner, NB has exceeded expectations with the Generate. 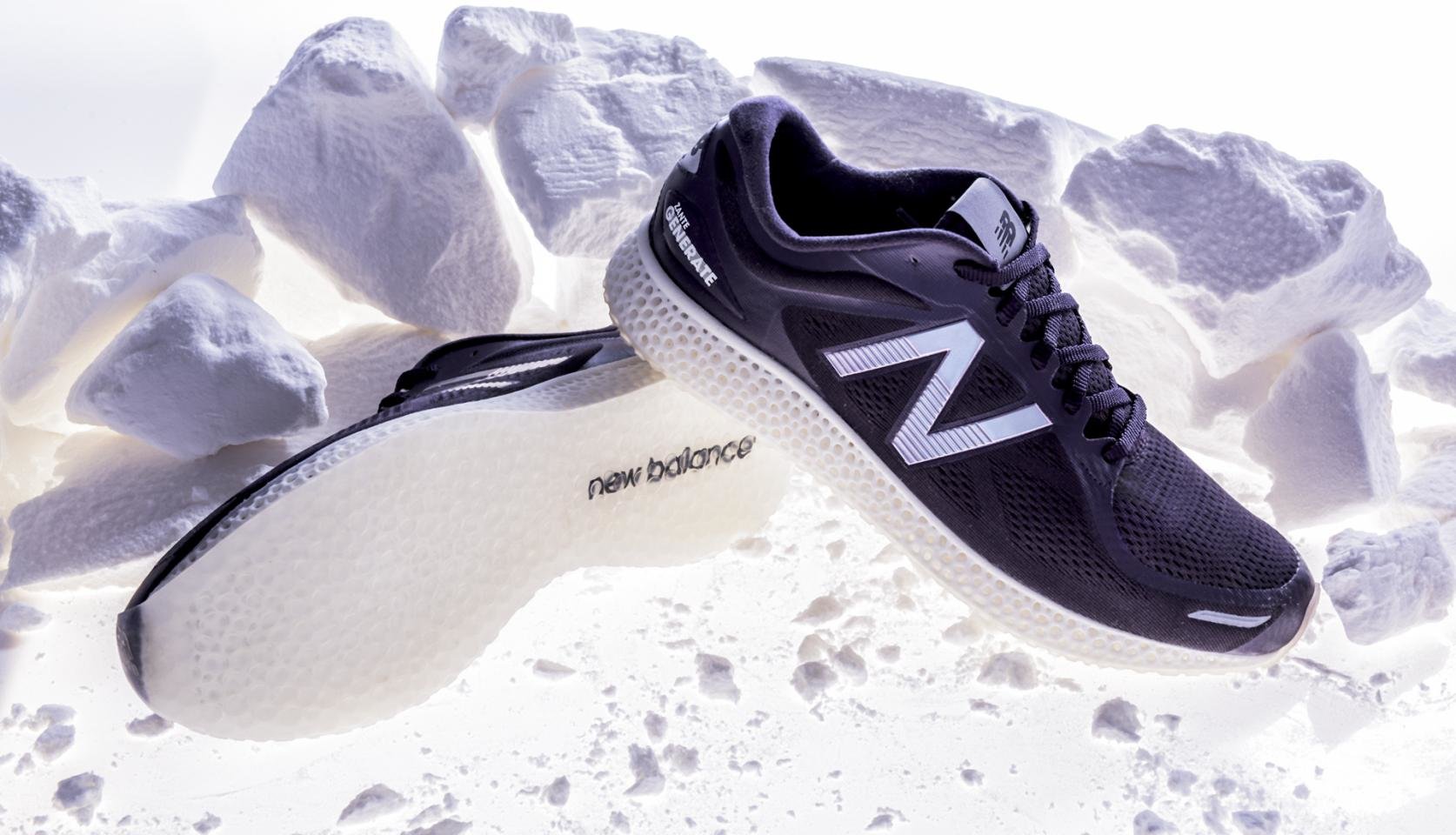 The limited edition trainer was crafted from laser sintering powder and DuraForm TPU which can imitate athletes attributes from weight to height. This complete individualization is what could make 3D printed shoes very attractive to devoted runners but is it enough to catch on?

If you want to see the Zante in action, check out their advert which shows the full-length midsole on the road and in the gym. 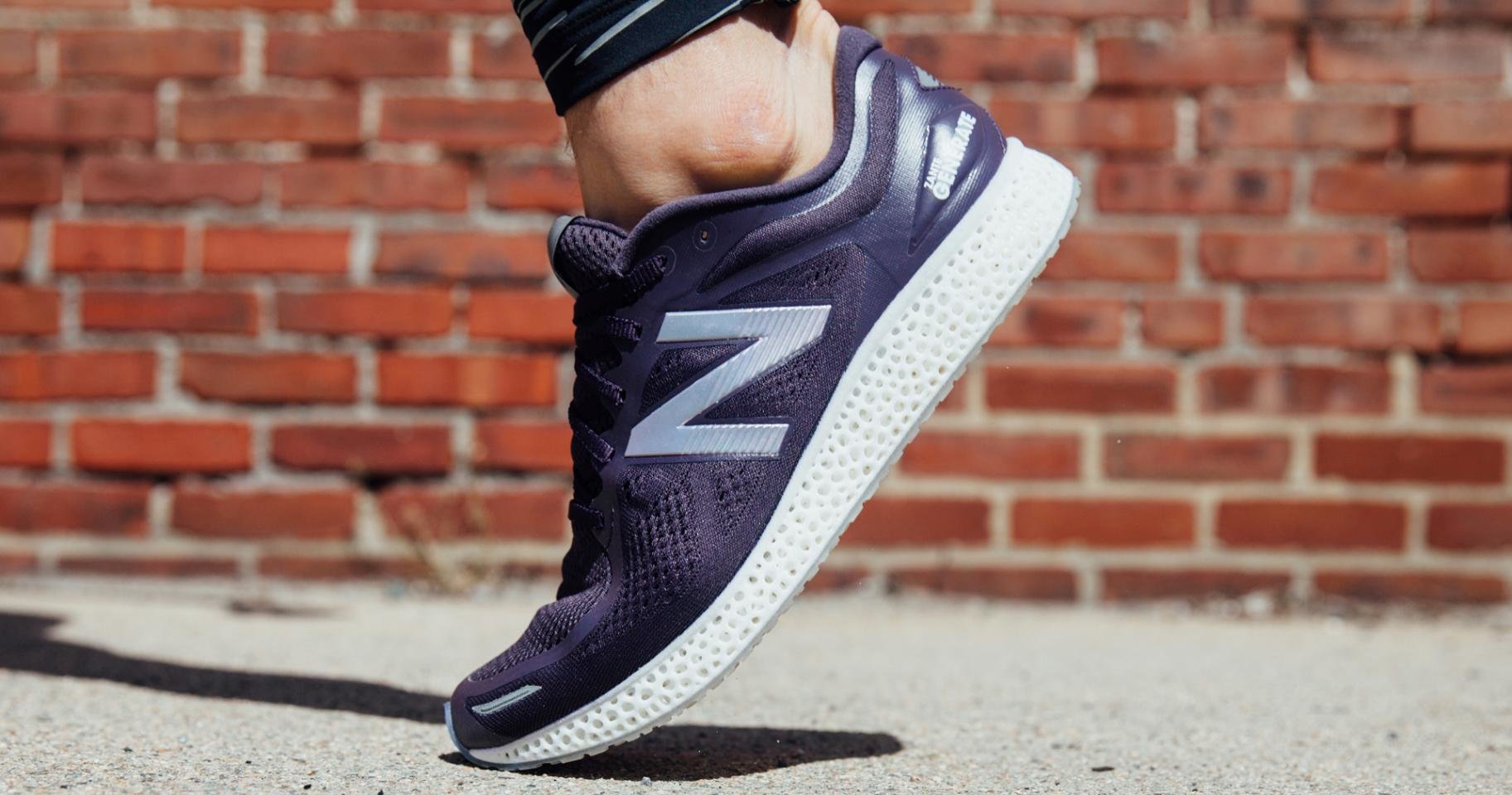 CEO Robert DeMartini said that being ‘both a manufacturer and retailer’ has enabled them to bring the ‘world’s first 3D printed running midsole to the market’. The materials DuraForm help the shoe achieve the balance and flexibility which supposedly makes the first of its kind.

As costs are still a major barrier to mass production however, you won’t be seeing these innovative baby’s on the shelves for quite some time.

The magic behind the midsole

So what are the processes behind the Zante Generate’s creation which makes these trainers so forward-thinking?  A machine spreads a fine laser sintering powder known as Duraform across a surface. To understand the minute size of this powder, the layer is a similar thickness to a strand of hair.

After the powder is spread, a laser passes across and melts the part which will be used as the midsole. This happens repeatedly until it fuses together, layer by layer from bottom to top. After it's finished, the midsole is extracted from all the leftover powder. This process is called selective laser sinistering (SLS). 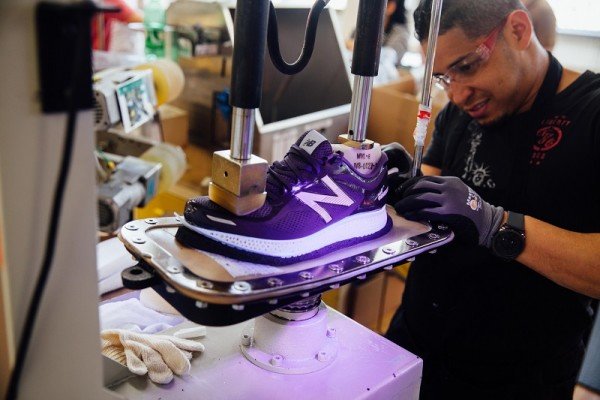 The technology then convert’s powdered ‘material into solid cross-sections layer by layer’ with the help of lasers. This is what makes the impressive midsole which combines breakthrough materials to achieve the perfect balance between flexibility, strength and durability.

The honeycomb midsole structure also gives it the lightweight feel without compromising on cushioning. A major selling point is the agile support from the trainers with its bootie structure and engineered mesh midfoot.

There’s no doubt that the New Balance Zante has been thoughtfully constructed to fulfill a range of runner’s needs.

What’s the Benefits of the 3D Manufacturing Process?

First and foremost, it makes the whole process much more efficient and overall saves both time and money. Traditionally, it would take roughly a month to craft all the molds. New Balance’s Studio Innovation manager also states the flexibility it provides is a plus as you can ‘easily produce multiple designs at one time’. This means you can cover dozens of different midsole designs over the course one of one day!

Nike and other brands are cottoning on to the endless opportunities that present themselves within the world of 3D printing. With Nike and Adidas being the main contenders in the field of 3D printing, have New Balance made their mark? Let’s see what some customers say…

Customer Feedback on the Zante Generate 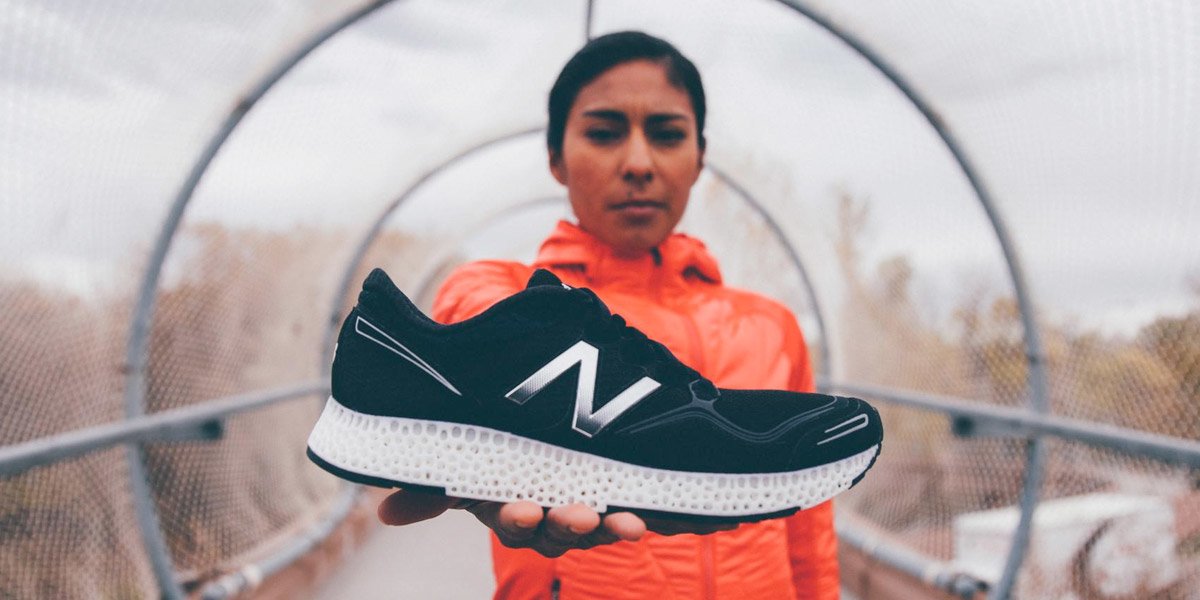 What does it feel like to wear 3-D printed running shoes? You are probably imagining a significant difference between traditionally manufactured shoes and printed ones. Well Runners World have published a review of what their early adopters thought.

Runners World praised the Zante for its lightweight, speedy design. They felt that with the combination of its cushioned and responsive midsole, it was great for regular running.

The main issue was in the fit due to the arch being tight, making the trainers less comfortable to wear.

After the feedback, New Balance went back to the drawing board and found a way to stretch the midfoot forward. This meant the arch area of the foot was more compliant, especially for those with narrower feet. The forefoot cushioning was also increased and the outsole thickened with additional slices for increased flexibility.

Another awesome thing about the second version was the price had been decreased- which early adopters weren’t going to complain about! One happy customer said she could complete ‘quicker, shorter intervals on the track’. However the downside they found was that the trainers weren’t tough enough for fast-paced longer mile runs.